NFTs are the new trend in the gaming industry. NFTs, or Non-Fungible Tokens, allow gamers to buy and sell their digital assets on open marketplaces. These assets can be anything from unique clothing to rare digital pets. The way these games work is that you play them to earn items which then act as your currency that you can trade for other items or cash with other players. Here is our review of the top 10 NFT games that use this model!

What are Non-Fungible Token Games?

Why should you invest in these games?

Players are continuously looking for new games to play, so why not offer them a chance to invest in the game? Players can invest their funds into Non-Fungible Token Games. The games on the list are unique and offer many different ways for players to invest themselves.

Why should you play them?

In recent days, there has been a dramatic growth in the number of games being built around the concept of owning and trading digital items. NFT games are becoming more popular as their popularity grows. These games are called “play-to-earn” because the players need to spend time playing to earn the game's currency. NFT games are much better and more fun than the old games because:

Types Of NFT Games To Play

In a world where some gamers are looking for a way to make their gaming addiction a little less painful, there is a new trend of games that offer payment in return for playing. NFT games, or “play-to-earn” games, have been on the rise over the past few years and have been steadily growing in popularity. Examples of play-to-earn games include Cryptokitties (2018), Rarebits(2019).

The blockchain gaming industry has been going strong for years now. However, a lot of gamers have yet to learn about the many different kinds of games you can play with your non-fungible tokens. Non-fungible tokens (NFTs) are assets that are unique and can be used as a medium of exchange for gaming. They can also be used as tokens for rewards, voting rights, and access to goods and services.

The most well-known of the play-to-earn games is Cryptokitties. However, there are many other versions that have spawned all across the internet, offering different ways to play. Some games are free to play, some are paid, and some are somewhere in the middle. The following games are examples of this new trend in gaming. Here is our top 10 list of some of the best non-fungible token games on the market that should be on every gamer's radar.

This collectible card game uses a set collection of cards. You are given a set of cards that you can use to attack and defend, your opponents.

Illuvium is a collectible card game that uses a set collection of cards. You are given a set of cards that you can use to attack and defend, your opponents.

One game growing in popularity is Axie Infinity. Axie Infinity is a virtual creature game where players can hunt, train, and battle their creatures to earn rewards. The game was created to be an easy way for people to trade digital assets. In addition, the player's account includes access points towards several physical prizes from Nintendo Switch games like Super Mario Odyssey by providing codes via NFTs or CryptoKitties as well through other means similar to ERC721 tokens (which also allows unlocking characters) which will allow them free entry into tournaments.

CryptoKitties is a blockchain-based game that lets you collect and breed your virtual cats. You can also trade them with other players. The game has skyrocketed in popularity since its release and has become the most popular DApp on Ethereum.

It was created by Axiom Zen, an American company based out of San Francisco. They have raised $30 million dollars so far for their project.

The main purpose behind this game is to create a decentralized ecosystem where users are able to own digital pets called Kitties. These kitties come from different breeds such as Persian, Siamese, Himalayan etc. Each cat comes with unique characteristics like fur color, eye colors, body shape, tail length etc. Users can buy these kittens using ETH or ERC20 tokens.

There are over 32000 CryptoKitties listed for sale on the marketplace with an average price of $126 each.

Gods Unchained is a multiplayer online battle arena video game built using the Unreal Engine 4, developed by Gods Unchained Studios LLC. It was released on Steam Early Access on May 31st, 2017. On June 27th, 2018 it became available on Xbox One and PlayStation 4.

It's not always easy for a player to find the best top 10 NFT games to play. There are many factors that come into consideration when determining which game is the most fun or will yield the most earnings. However, there are games out there that are meant to be played by all types of players, regardless of their skill level or experience.

Battle of Guardian is an epic AR game app where you can battle against NFT items on the Ethereum blockchain. Each type of token has its own unique stats and abilities, so players must strategize with what they have.

This exciting game has a number of high-level features, including 3D avatars, battles where you train your troops to fight against opponents' troops, and more.

Dungeon Time Attack is an NFT game available in two versions: desktop version (Windows/Mac) for non-crypto savvy users which includes some basic tutorial information about ethernal tokens; mobile application based also called Idle cyber time attack, this one supports only android devices because it's easier integrated into my Ecosys.

This game does not need any crafting, so it's perfect for people who don't want to create something themselves. It's also good for people who like to see what other players have created and judged their skills.

Since the introduction of the blockchain and cryptocurrency, we've seen an emergence of new token games that provide unique experiences to their players. Games such as CryptoKitties, CryptoBattles, and CryptoPets have been among the leaders in this space. Here are the top 10 non-fungible tokens (NFT) games to earn crypto.

Etheremon is one of the few games that offers its players the opportunity to catch, train, and battle digital monsters. The game's title comes from “eth” referring to Ethereum, the blockchain-based decentralized computing platform on which it was created.

Emerging in December 2017, Etheremon is one of the newest blockchain-based games to take off. It started out as a basic trading card system where users create their own virtual animals or collect them using special codes generated by other people creating new pets through an algorithm called mining (for more information).

In the year 2017, a cryptocurrency called “Ethercraft” was introduced to the Ethereum network by a developer from Switzerland. The purpose of Ethercraft is to allow people to create and trade their own non-fungible tokens on the Ethereum blockchain. In this article, I will be going over some of my favorite NFT games that use the Ethercraft token. These are not necessarily just for kids but can also help older gamers learn about what makes certain types unique from others when designing your very first ERC721 game with ETHCRAFT! Let's get cracking.

The Sorare team has been working hard to create a platform for gamers, streamers, and content creators. They want to make it easy for people to find the games they love and earn by playing them. The process is straightforward, you choose a game you like, install it and play it while streaming or recording your time on screen. With Sorare, you earn points by playing which you can spend on items in-game or other goodies from the store.

Sorare NFT game is an online digital card trading simulator in which players collect cards or items made out of different colors/symbols as well as have them evolve into new ones through breeding (combination). Players play against each other by trying to win a set number point at winning rounds instead of simply getting points towards placing higher up within leaderboards based on how many “cards” they hold compared between themselves & opponents throughout matches.

Thus ensuring there always remains competition amongst all participants no matter who enters nor leaves any round where multiple games may be playing simultaneously, though most of the time when 2-3+ people are battling it does not go beyond 3 but can easily get past 4 if numbers permit for more than just 1 player(s) per match and depending on their ranks either gain access to certain areas like special events (or even specific modes such as VS or Versus only), which would require a very high rank in one area before being allowed into another.

So, Are NFT Games worth The try?

As the gaming industry continues to grow, the number of developers and gamers looking for ground-breaking games is growing as well. One such fast-growing market is non-fungible token games. These top10 NFT games are usually played on a blockchain and offer an interesting way to connect players with each other and provide ownership rights for digital assets. With so many blockchain-based decentralized games on the market, it’s hard to know which ones are worth investing in. 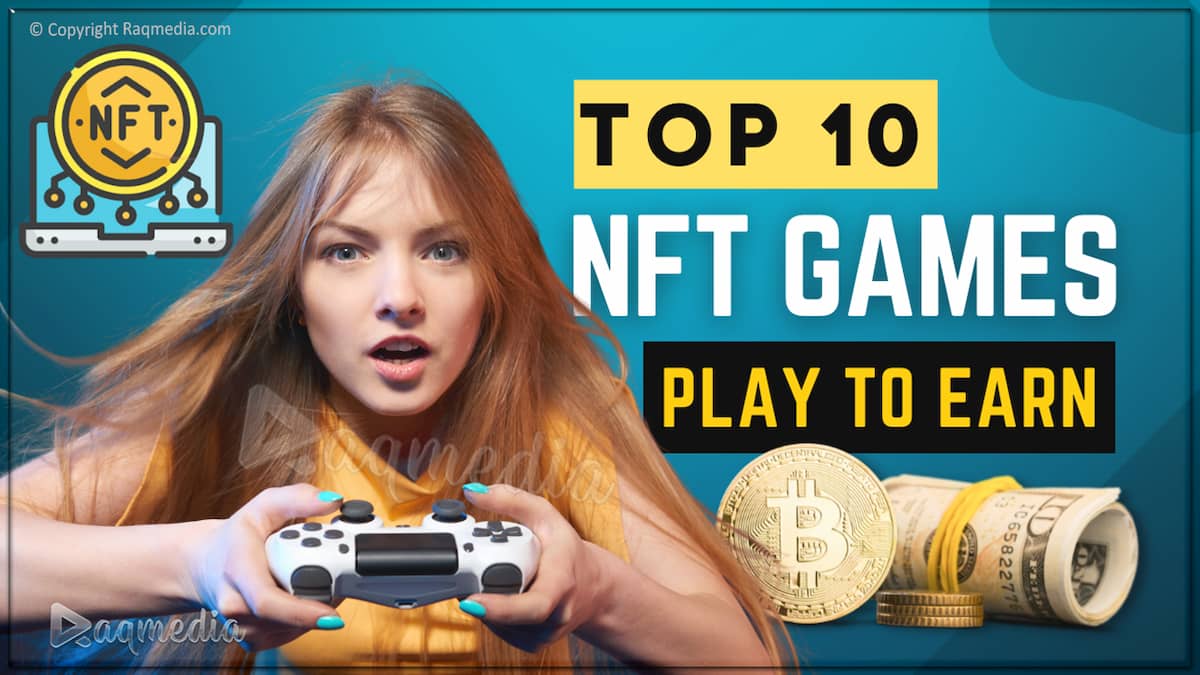 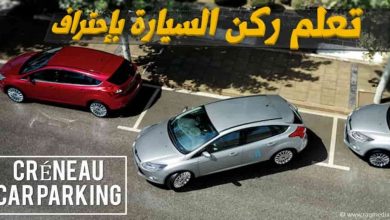 How To Park A Car Properly 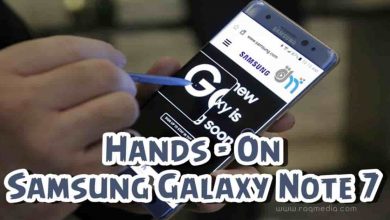 Is ChatGPT Better Than Google? Will It Replace Google? 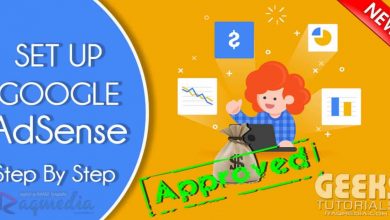 How To Setup Google AdSense From Start To Finish 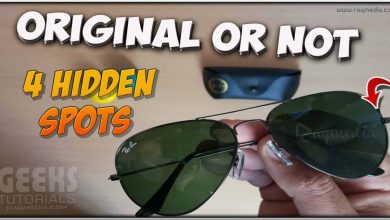 How to Know Ray Ban Original or Not – Secret Spots